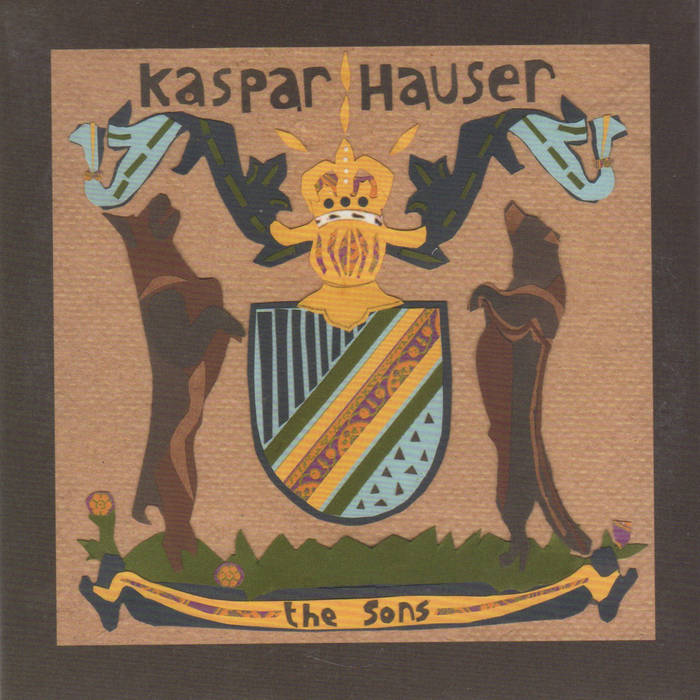 "Comerford and his current bandmates place their faith in the kind of rock-solid attack that relies on an intimate and innate rapport between band members ... Considering how often Kaspar Hauser’s lineup has changed over the years, the accomplishment is all the more impressive. The twin guitars burn and surge, moving precisely within the lean grooves." --Peter Margasak, Post No Bills/Chicago Reader

"Despite the life-altering events that spurned it, 'The Sons,' recorded over the course of a year in a basement studio in Logan Square, remains joyously unvarnished. Songs such as "Mark of Cain" and "Macbeth II (In the Morning)" are loaded with ragged blues riffs and drummer Steve Kiraly's loose-limbed kit-work." --Andy Downing, Chicago Tribune

"'The Sons' is a testament to the concept of long-players — records you listen to from end to end, soaking in each and every note, coda and phrase." --Matthew R. Perrine, Duluth Budgeteer News

The Sons by Kaspar Hauser

A: Not of This World • Mark of Cain • MacBeth II (In the Morning) • Frontier • See My Friends •
B: Baby Vampire • Diamonds • Prodigal Son • Time Machine •

Produced by Kaspar Hauser and Kris Poulin.
Recorded by Kris Poulin. Additional recording by Seth Vanek and Gerard Barreto.
Mixed by Kris Poulin with Thomas Comerford at Clava/4 Deuces.
Mastered by Carl Saff.
Made in Chicago, IL, USA, in the year two thousand and eight.

Kaspar Hauser is a band led by Chicago singer-songwriter Thomas Comerford. Founded as a 4-track recording project in 1999, KH has seen many incarnations both live and in the studio, but a lo-fi, scrappy approach to rootsy guitar pop predominates. Comerford also records and performs under his own name. ... more

Bandcamp Daily  your guide to the world of Bandcamp

Exhumed and Gruesome's Matt Harvey checks in, with jams from Cannibal Corpse, Midnight and more